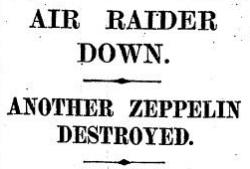 Under a headline of Air Raider Down the London Times reported on 18th June 1917 that a Zeppelin had attacked the coast of East Anglia early the previous morning causing no casualties or damage and had been brought down in flames by a British airman.

A further report later that day said that the attack had taken place at 2.30am and the Zeppelin was heavily shelled by the defences before being driven off, shortly after which it dropped a number of bombs in open country and was subsequently engaged and brought down in flames by a pilot of the Royal Flying Corps.

The Zeppelin was later identified as L48 which with its crew had been brought down by the combined efforts of several aircraft but which had been credited to Lt P Watkins in BE12 6610 from 37 (HD) Sqn (A Flight) at Goldhanger. 16 of the crew of 19 had been killed.

As was the custom at that time photographic postcards of the wreckage soon appeared and four examples are shown below. 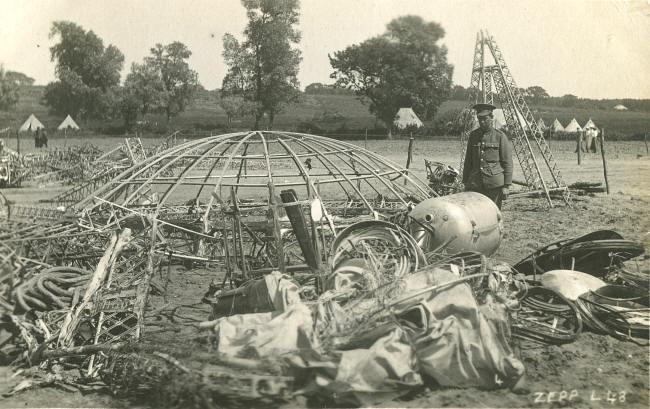 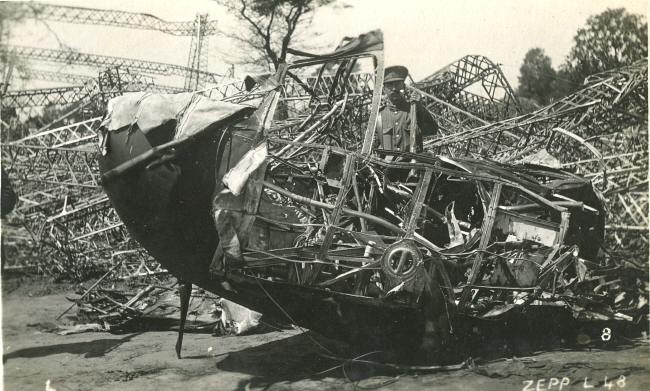 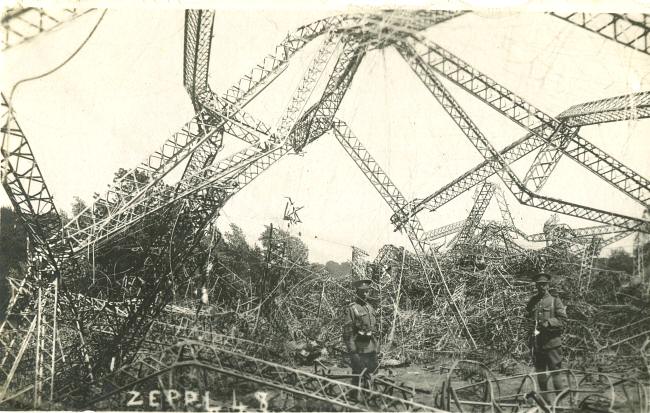