A selection of original images of sailing vessels from glass negatives and not published elsewhere, with what information is known about them: 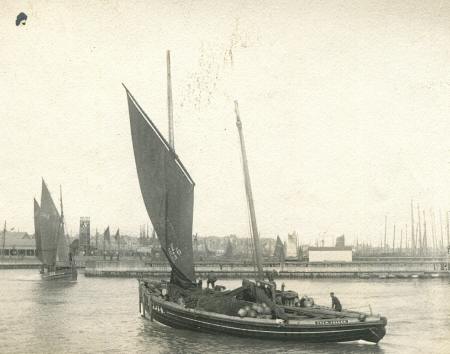 BF1936 believed at Lowestoft, named Palm.Cullen at the stern.
The vessel approaching is LT415. 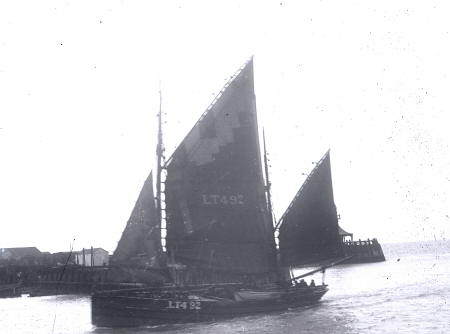 Lowestoft trawler LT492 having just come
into the port through the pier heads, 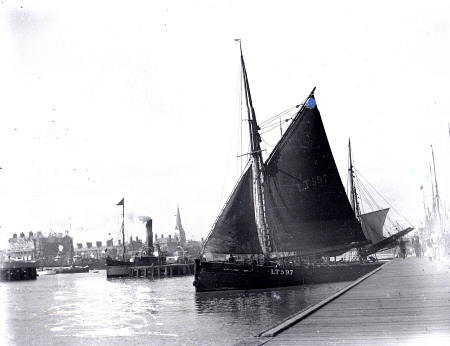 Lowestoft trawler LT597, J.W.F.T., at one time owned by AJ and Mrs ES Turner, leaving the quayside of the Lowestoft trawl dock with the Royal Hotel and St. John's church in the background. 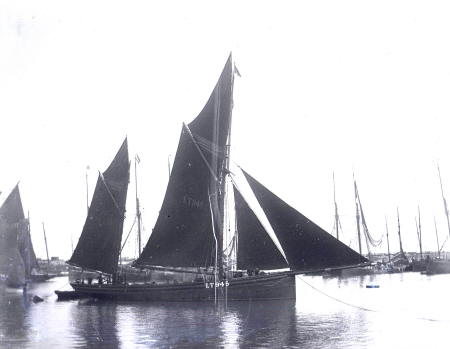 Lowestoft Trawler LT945 Boy Jack, at one time owned by A. J. Turner